Welcome, Regan! Are you a handbag lover?

How I Write Historical Romance 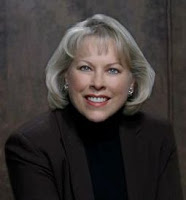 It was suggested to me that some of my readers would find interesting the process of how I write romance. Well…usually I start with an idea, a scene or a character. For my first novel, Racing With The Wind, it was the character Lady Mary Campbell. I believe that women in past times were no different in character, hopes and dreams than women are today. There have always been women who are happy to conform to the expectations of their times and there have always been women who did not. Perhaps because of their intelligence and curiosity, those who do not conform become bored with the role carved out for their sex and so they push the envelope of what is acceptable. I wanted to take a woman like that and look at her through the lens of Regency England. What would she do differently than the women of her age?

While Regency England (the period from 1811-1820), was characterized by a Prince Regent who lived a debauched lifestyle where courtesans might have been treated better than the wives of arranged marriages, still a young lady of the nobility would be raised in a certain manner with certain expectations of proper behavior. My heroine is one of those but she will rebel. She will ride astride in men’s clothes, she will be educated and read the classics, and she will be adventure seeking. So armed with that information, I went looking for history that would make for an interesting setting. And I found it in Paris in 1816.

With Napoleon exiled to St. Helena and Louis XVII restored to France’s throne, much was happening in Paris. The allied troops were still encamped around the city, the officers frequenting Louis’ Court. Knowing what I do about governments, I knew there would be spies as well as statesmen. And that brought me to my hero. He had to be strong enough to handle a Lady Mary Campbell, and wise enough to appreciate her unique personality. Of course, while drawn to her beauty and spirit, he would find her independent nature most troublesome. Still, she would be exactly the right woman for him. Enter the Nighthawk, a mysterious figure—a legend in France during Napoleon’s reign—who stole secrets in the dead of night, secrets that were at the heart of Napoleon’s military campaigns. 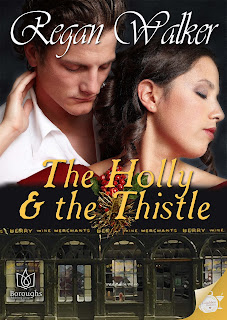 Then I had to have other characters, a best friend for Mary, a colleague or two for the Nighthawk, also known as Hugh, the Marquess of Ormond. The interesting thing to me was that I found a woman who actually lived in Paris at that time who was so like Lady Mary that I decided to incorporate her into my story. So, the real person of the author Germaine de Stael became a friend and mentor of sorts for my fictional heroine, Mary Campbell. And the rest, of course, is the romance!

My short Christmas story takes place two years later and includes Mary and Hugh as well as some wonderful new characters, not the least of which is a beautiful young widow with thistle-colored eyes (think a young Elizabeth Taylor) and a handsome Scot (think a young Sean Connery) who meet in London in a historic wine shop, Berry Bros. & Rudd. I first conceived of this story when I learned about Berry Brothers and discovered their shop today has changed little since the Regency. Suddenly the scene came to me as to how these two unlikely characters would meet. The Holly & The Thistle was the result!

Great post, Regan. I like that your heroine rebels and rides astride a horse in men's clothing. I enjoy when strong heroine's break out of convention and do what is necessary to win the day (or the hero.)

Lovely blog, Vicki! This is my first time visiting, but I can assure you it's not going to be my last.

it's always interesting to learn an author's process

Thanks for having my on your blog, Vicki! And thanks to Renee and Chris for dropping by. On the West Coast, we are just arriving at our computers now.

I am glad you like my strong heroine, Renee. Those are the only kinds I will ever have.

And, Chris, I do hope you read it!

Hi, Renee/Gracie! I'm glad you like HBW. Come back often and please, check out the Plotting Princesses where I hang out too.

Regan, Nice post. I don't read a lot of this genre, but I like the way your process works. And strong heroines are a must.

Thanks, Ann, for dropping in...I like sharing stories about how we write.

Ann,
Thanks for stopping by!

I enjoyed your blog and reading about your writing process. I love Regencies.

Hi, Cara...I'm glad you joined us, and I hope you read Racing With The Wind, my first Regency!

Vicki,
Thanks for having me on your blog today...it's been a pleasure!

Love Regency romances...and heroines who, in that time, aren't afraid to be bold and brazen!
Good luck with your book!

Thank you to all who stopped by and welcomed Regan. And thank you, Regan, for being with me today. Happy Holidays to you and yours!