Favorite Movie and Book welcomes author Darlene Dziomba - What kind of humor makes you laugh? and her book

About Your Favorite Movie: 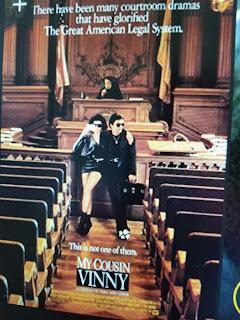 I love humor, particularly sarcastic humor. When I watch “My Cousin Vinny” my ribs hurt from laughing. The movie’s premise does not sound the least bit funny. Two New Yorkers, Billy and Stan, are mistakenly arrested for murder in a small town in Alabama. However, the intersection between small-town folks and city-oriented New Yorkers provides excellent fodder for hilarity.

My book “Clues From The Canines” has a similar bent. There is nothing funny about a murder or the grief of the victim’s friends. Can you imagine finding out that your latest love interest is dead at work? And none of your coworkers know about your relationship, so can’t understand your erratic behavior? The cast of characters in my book will prove as memorable as those in “My Cousin Vinny”. There’s the salacious coworker who constantly flirts, the wise-cracking boss who regularly sings off-key, and a group of canines who find clever ways to get their owners’ attention.

As the title suggests, the dogs of Clues From The Canines help influence the humans decisions. An obedient, mild-mannered German shepherd will become aggressive and bark menacingly, so the humans understand that danger is near.

Animals serve a role in the movie. Vinny keeps falling asleep in court due to sleep deprivation from a not so quiet sleepy town. The prosecutor offers Vinny his cabin in the woods. This seems idyllic until a hooting owl wakes Vinny in the middle of the night. He drives his car until he finds a quiet spot and can sleep, only to find out in the morning that he parked on a mud bog and is stuck as well as late for court.

Food plays a significant role in both the movie and my book. Billy and Stan accidentally steal a can of tuna from a convenience store, and they assume this is why they are being pulled over by the police and arrested. Their lawyer, Vinny, uses the timing of cooking grits to prove their innocence by refuting witness testimony. The witness will claim to have heard a gunshot five minutes after seeing Billy and Stan enter the store, just as his grits finished cooking. Vinny asks, “How is it that it only takes you five minutes to cook your grits when it takes the entire grit eating population of Alabama twenty minutes to cook their grits?”.

Lily Dreyfus works out her theories and gathers evidence over meals. Crucial information that helps her put two seemingly unrelated events together comes over breakfast at the local farmers’ market. Eileen, eating a sensible scone, relays an interaction with law enforcement at the local high school where she works. Lily, savoring a jelly donut, bites into one fact of Eileen’s story. The two will argue over the conclusions Lily draws. Lily’s conclusions will prove correct, and they’ll settle their earlier argument over takeout Thai food.

While murder is no laughing matter, the mayhem of My Cousin Vinny and the sarcastic wit in Clues From The Canines will make you laugh out loud. 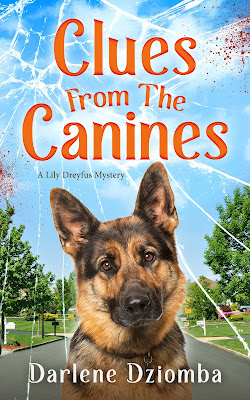 Lily Dreyfuss is stunned by the news that her physically fit, former Marine, boyfriend is dead. When the police rule the death as suspicious, she resolves to sniff out the killer. Lily gathers her pack, both human and canine, to point the police to the perpetrator. She must maintain her professional demeanor at the animal shelter in which she works while determining if one of the people attempting to adopt the victim’s dog is after a family fortune. Lily finds out the lengths one killer will go to silence her suspicions.

About Darlene Dziomba: I have worked in Fiscal Operations and Financial Planning for the University of Pennsylvania for over thirty years. My parents always joked that from the time I learned to walk, I could not pass a dog without wanting to pet it. Pre COVID, I volunteered at the Animal Welfare Association, a local New Jersey animal shelter. I hope to return to it when the virus dissipates. I am an avid reader, gardener, and traveler. I live in New Jersey with my four-legged best friend, Billie.

Red, White or Blue? Red, I want them to see me coming.

Cake or Pie? My dad’s chocolate cake, there is no better baked good on this earth!

Coffee, Tea, or Champagne? Tea. Earl Grey for the morning lift; chai when I need a little spice; caramel for a little sweetness; iced in all flavors, all summer long. I especially like peach iced tea.

Country music or Michael Buble? Um, I’m from New Jersey. Could I get Bruce Springsteen as a choice?

Pencil or Pen? Pen, even for crossword puzzles. Once I commit to an answer, I commit to it.

Find Clues From the Canine at: Amazon

Welcome, Darlene! Your favorite movie is a true gem. Thanks for sharing today. 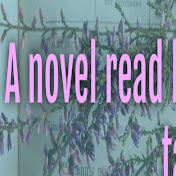