When disasters strike around every corner, is it possible to have a happily-ever-after? 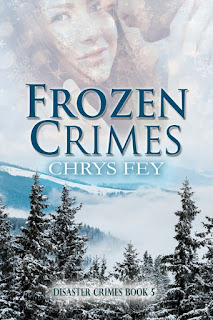 Beth and Donovan are expecting their first child. Life couldn’t get any better…until a stalker makes his presence known. This person sends disturbing messages and unsettling items, but it isn’t long before his menacing goes too far.

Hoping for a peaceful Christmas, Donovan takes Beth to Michigan. Days into their trip, a winter storm named Nemesis moves in with the goal of burying the state. Snowdrifts surround their house, and the temperature drops below freezing.

Except, the storm isn’t the only nemesis they must face. Everyone’s lives are at stake—especially that of their unborn child. Will they survive, or will they become a frozen crime?

The crunch of the shovel pounding into the snow and ice filled his ears. It was all he could hear. The rest of the street was silent beneath its wintry blanket. Breathing was difficult with the icy air clogging his lungs. His nose burned. His throat was dry and on fire. But he ignored it, focusing on his task.

He jabbed the shovel into a hunk of snow. On the third hit, it shattered into several pieces. He scooped them up and flung them to the side. He surveyed what remained. There was one big ball in the middle of the path that needed to be dealt with next. He moved over to it and struck it. That one impact had it severing in two. He was about to hit it again when something crashed into the back of his head.

Explosions of white light danced over his vision. Pain enveloped his skull. The shovel slipped from his fingers. Blackness cloaked his mind, coaxing him into its depths.

Beth. Her name was a whisper in his head, as if his thoughts were being sucked into a wormhole.

His legs collapsed under his weight.

Cold. It seeped into him, consuming him. And then his consciousness fled down that same void that ate his thoughts. 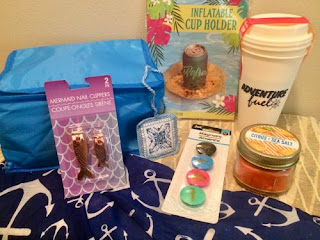 Number of Winners: One 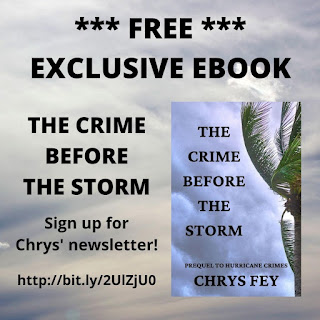 To get the exclusive prequel to the Disaster Crimes series, sign up for Chrys’ newsletter. By signing up, you agree to receive Chrys Fey’s newsletter. After you confirm subscription, you will receive an email (so check your inbox and spam folder) with directions on where to snag your eBook copy of THE CRIME BEFORE THE STORM.

Chrys Fey is author of the Disaster Crimes Series, a unique concept that blends disasters, crimes, and romance. She runs the Insecure Writer’s Support Group Book Club on Goodreads and edits for Dancing Lemur Press. https://www.chrysfey.com

So nice to have you back, Chrys!

Best of luck with the book!

I'm sorry I'm late! Thank you so much for having me on your blog, Vicki! I appreciate your support. :)